The prolonged slump on Wall Street is beginning to raise Americans’ fears about their retirement savings, which could prompt some to delay retirement as their account balances dwindle.

So far this year, the S&P 500 has fallen 18 percent, removing $7 trillion from the market value of the companies included in the index. The Dow Jones Industrial Average is down nearly 14%.

Bonds, the traditional safe haven for those nearing retirement age, have also performed poorly amid rising inflation and rising interest rates, with Vanguard’s Total Bond Market Index Fund losing more than 9 percent since the start of the year.

Since retirement savings such as 401k accounts and IRAs are typically invested in a mix of stocks and bonds, the resulting losses worry many savers.

So far this year, the S&P 500 is down 18 percent, shedding $7 trillion from the market value of the companies included in the index. 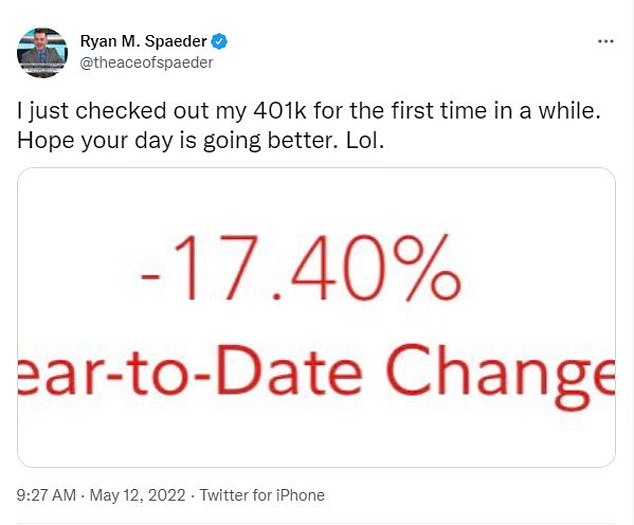 I just checked my 401KB for the first time in a while. I hope you have a better day.

Podcaster’s Lauren Goode tweeted: “Password manager apps should literally have the ‘Are you sure you want to login to your 401k’ popup now?”

For younger Americans who haven’t lived through a period of market slump, the dip in their retirement savings in double digits can seem especially troubling.

But experts say those who left decades off before retirement shouldn’t spend as much time worrying about paper losses in their retirement accounts now.

Historically, even steep market declines of 20 to 40 percent last only about 14 months, and the S&P 500 rises about three out of every four years, according to CNBC.

For older Americans who are closer to retirement, the simultaneous decline of both stocks and bonds may be cause for further concern, and may lead to a reassessment of retirement plans.

according to Investment Company Institute.

The country’s total retirement savings – including the IRA and employer-sponsored plans – was estimated at $37.2 trillion last summer. 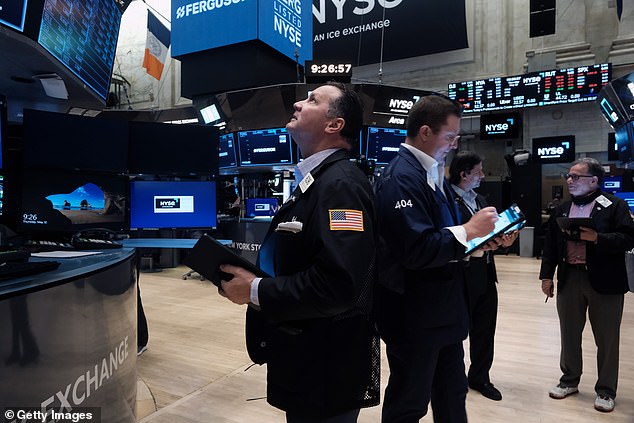 On Thursday, the S&P 500 index was crawling toward confirming a bear market, Wall Street’s term for a 20 percent drop from recent highs. Pictured: Traders at the New York Stock Exchange 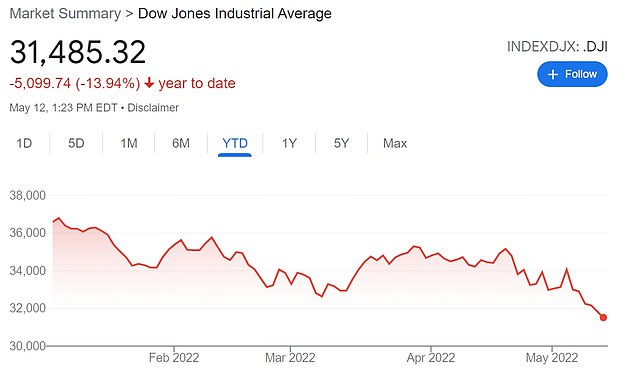 On Thursday, the S&P 500 index was crawling toward confirming a bear market, Wall Street’s term for a 20 percent drop from recent highs.

Once-hot tech stocks have led the decline, with shares of Apple, Amazon, Facebook’s Meta and Google’s Alphabet all down more than 20 percent so far this year.

Netflix has been the worst performer in the S&P 500, down 71 percent since the end of December.

“We have the calculation, if you will, that we may have gone too fast” with many of these stocks.

Inflation and rising interest rates have hit the so-called growth stocks, most of whose expected earnings are out of reach in the future, and they often trade at the value of their current earnings.

The Labor Department reported Thursday that wholesale prices rose 11 percent in April of the previous year. 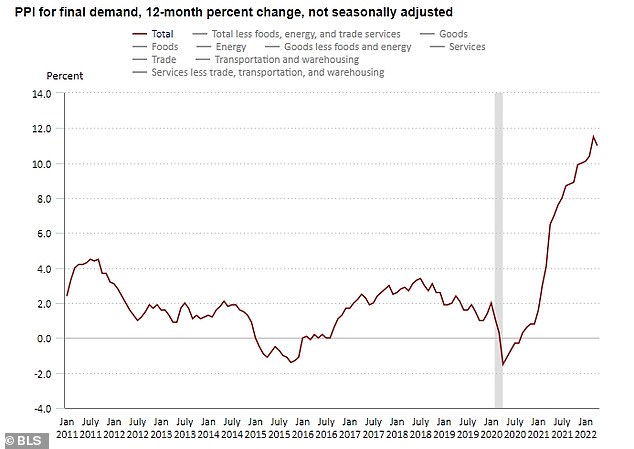 US wholesale inflation rose 11% in April from a year earlier, down slightly from March but still near record highs

Many costs at the wholesale level are passed on to consumers as companies try to cover higher expenses. That raised more concerns about a potential spending cut that could hamper economic growth.

On Wednesday, the Labor Department’s report on consumer prices came out hotter than Wall Street had expected.

It also showed a larger-than-expected increase in prices outside of food and gasoline, what economists call “core inflation” and which can be more predictive of future trends.

Soaring inflation has prompted the Federal Reserve to withdraw its benchmark short-term interest rate from a record low near zero, where it has spent most of the pandemic.

She also said she may continue to raise rates by twice the usual amount in upcoming meetings. Investors are concerned that the central bank could cause a recession if it raises interest rates too high or too quickly. 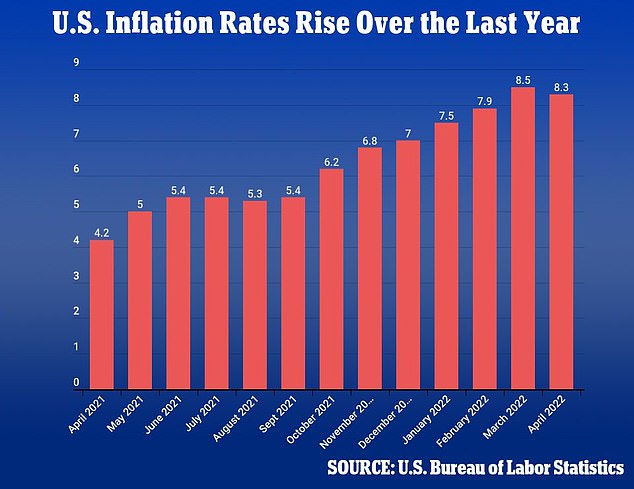 Consumer price data for April showed that inflation jumped 8.3% last month compared to a year ago

Inflation was exacerbated by the Russian invasion of Ukraine and the conflicts affected the rise in energy prices. Recent lockdowns in China amid fears of a resurgence of the coronavirus have exacerbated supply chain and production problems at the center of rising inflation.

The effect of higher prices on consumers has been global. Britain said on Thursday that its economy grew at the slowest pace in a year during the first quarter. This raises fears that the country may be heading into a recession.

Investors are also watching the latest round of corporate earnings closely as they assess how companies and industries are coping with inflation pressure.

“We will continue to pay attention to what the Fed has to say, but it pays to heed the company’s expectations on earnings calls,” Price said.

“This is something that investors will focus on more and more as we enter the second half of the year, and how sustainable the company’s earnings are.”