More than half of the sunbeds at the Mamaia resort are empty, the umbrellas are closed, the staff on the terrace are talking or strolling in search of potential customers, and the road traffic is lighter than ever at this time of year. We’re in the middle of summer, and by the second weekend of July, Mamiya got the bill.

As the resort turned into a pocket district of Constanta, hoteliers fell prey to the shadow of dozens of luxury apartments rising up on green spaces, rose gardens and even beach sands, and restaurants began to lose more and more. Customers due to numerous fast food, grocery or supermarkets that are authorized to operate in the resort.

By comparison, the Bulgarian Balchik has no such food point on the resort’s promenade to encourage tourists to buy “snacks” and eat all three meals a day at the resort’s restaurants or hotels. stay In Mamiya, things didn’t work this way, instead, starting in 2000, when Radu Mazare Constanta arrived at City Hall, almost everyone in Mamiya built what and how he wanted.

Today, two decades later, Mamaia is paying for the harmful policy of the local administration, in connection with a resort, turned into a neighborhood with owners of luxury apartments who do not even spend their summer here. In addition to this reason, there are some explanations for the fact that in the middle of summer, the most bustling resort on the coast is deserted. 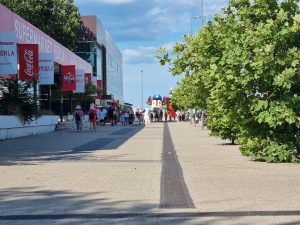 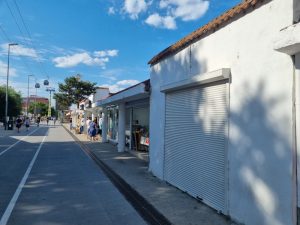 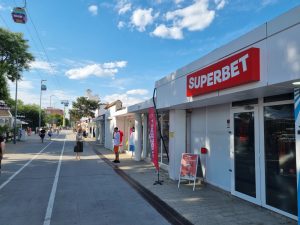 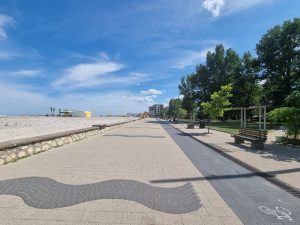 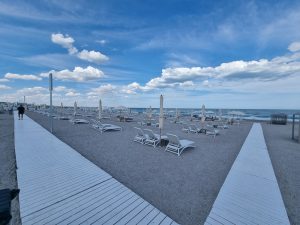 The first explanation is that during the summers of 2020 and 2021 Romanians were forced by circumstances to spend their holidays in the mountains, the sea or the delta in our country. For two years, they were “stabbed” in many situations, bad services, unreasonably high prices, salmonella, lehamitis, conditions below expectations or pure Romanian style. On the first occasion when the restrictions were completely lifted, the Romanians attacked Egypt, Zanzibar (Africa), Turkey, Bulgaria or Greece, for example, Thassos was “stormed” by the Romanians, as Mamia was once taken on news television). This explains the fact that not only Mamia, but the entire Romanian coast is occupied by tourists more than the operators’ expectations. However, the resort seems to be the most affected for the 2022 season.

See also  Let me be blunt: Romania is a democratic country / the government I lead aims to ensure political, social and economic stability. 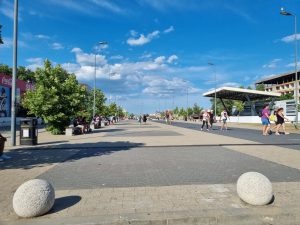 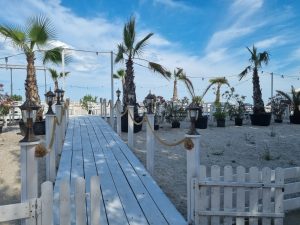 In particular, the resort of Mamiya was immediately affected when the entire beach was extended by 300 meters in some areas through a project funded by 1 billion euros in European money. This investment has a positive impact on coastal erosion for the next half century. However, at present the consequences of the project (long distance to water, no fine sand, no visible sea line, etc.) are troubling tourists and Horegas. Tourists who do not want to take any action from the promenade to the sunbed, choose other areas that are easy to travel between the hotel and the sea. Beach managers use scooters or off-road vehicles to take customer orders from the beach bar to the sun lounger. 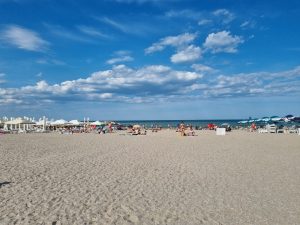 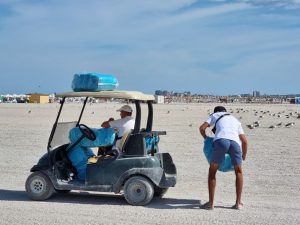 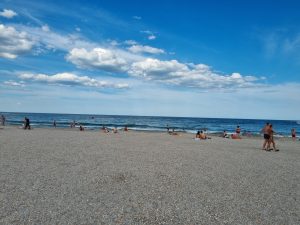 Another measure that has given tourists an additional reason to bypass Mamaia and the Orient, for example towards Eforie, is the high cost of one-day parking at the resort. The area is zero grade, which means the most expensive in Constanta and it costs 96 lei per day to leave your car in public parking lots. In other words, a family that wants to spend a week in Mamaia will have to pay almost 700 lei extra for parking. That’s why, unlike other years, free parking spaces are at your disposal in Mamiya.

See also  Russia dropped its purchase of 6 new Corvettes for the Black Sea Fleet because ships did not perform well during the war. 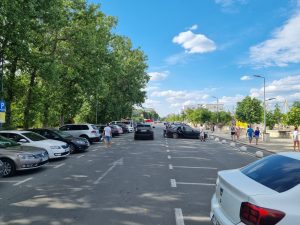 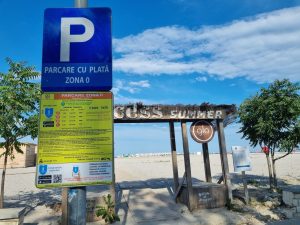 Very high prices are included in the parking price, in return tourists can have lunch or dinner at the resort. For example, a small portion of small french fries costs more than 40 lei, and a pizza in the northern part of the resort reaches 80 lei. However, against the background of the very low number of tourists compared to the years before the COVID-19 pandemic, more and more terraces have adapted to the new reality, offering “menu of the day” or “1 + 1 free” or, the new method, “X% off the full bill”. As such, Mamiya is very similar to the resorts south of the coast, known for their culinary offerings to appeal to a specific audience. High prices add to the poor quality of services offered to a tourist when he visits a restaurant. The lack of staff training, the shyness or boredom of the staff is felt most strongly when the bill is already high anyway, and the portion of food is small or not cooked properly. A shortage of specialized workers, a crisis affecting all countries where tourism is an important sector, has brought HORECA traders to their knees. The labor crisis deepened significantly during the restrictions caused by the coronavirus pandemic, forcing waiters, waitresses and cooks to redeploy themselves and many of them never returned to their original sector due to the heavy physical labor involved in their work. Relating to ordinary wages and working conditions. 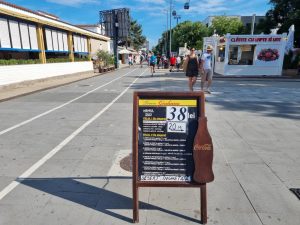 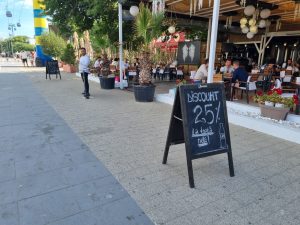 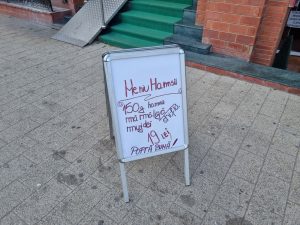 See also  Thousands of people took to the streets to demand the creation of an "international income" amid the country's economic crisis.

Last but not least, in a feature so far specific to Mamiya Resort, but closely awaiting the future of Navodari Resort, real estate investors have removed green spaces and public gardens in Mamiya and replaced them with forests. They offer luxury apartments for sale to owners across the country. As a result, most of the tourists, especially those who left a lot of money in hotels and restaurants, did not access the accommodation and services at the resort, and slowly, did not walk to the resort until the maximum in the northern part. On weekends, when the clubs are open. Why are the beaches in the luxury part of the resort empty, although they are one of the cleanest and most pleasant arrangements (not the club part, in Mamaia Nord, but the old luxury part, next. Only 5 stars from Vega hotels, Mamaia, Iaki or Rex). An example of the operators’ attitude towards tourists was recently consumed when a beach administrator publicly admitted to renting a 200 lei sheet to discourage tourists from visiting the luxury beach. Can be disturbed by “outsiders”: “Next year we make 200 lei / hour for sheets”, joked the beach executive. G4Media wrote an exclusive on this topic, details here. 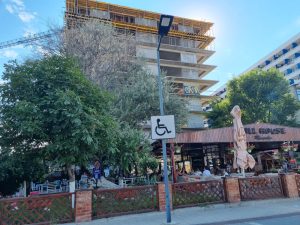 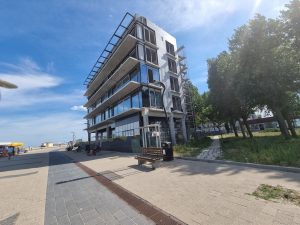 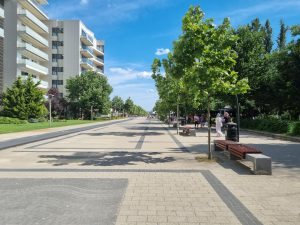 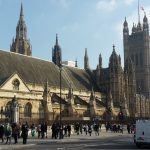 New rules for British Conservative Party leader election / Tuesday, candidate registration takes place. The first two rounds will be held on Wednesday and Thursday. The winner, chosen by party members from the top two nominated by delegates, will be announced on September 5.