The new school year began under the symbol of the letter Z, a symbol of the invasion of Ukraine in Russia. Children brought bouquets of flowers to school with the letter Z printed on them, and some schools organized events with students dressed in costumes imitating the uniforms of the Russian army. All students should learn patriotic lessons about the so-called “special operation” in Ukraine.

A child from Russia at the beginning of the school yearPhoto: Facebook

From September 1, in the Russian Federation, the decision of the Ministry of Education in Moscow came into force, bringing many changes in the educational process.

“Students will not be alone in facing the information war launched against our country,” Russian Federation Education Minister Sergey Kravtsov explained the proposed measures.

Thus, according to the decision of the Ministry, in all schools in this country, every week will begin with raising the flag of the Russian Federation and singing the national anthem in the premises of educational institutions.

Also, additional classes will be organized with the general theme “Discussions on important topics” (“Разговоры о выходном”). As per the new rules, 34 such subjects will be held in an academic year.

At the same time, the actions are complemented by artificial objects, in which their purposes are described.

If the so-called “patriotic education” of young children is proposed by teaching general information about the country, state symbols, history, etc., then for 11th graders, the last, expected result in the Russian educational system in these subjects is the students’ understanding of the goals of “special military action”, but ‘LNR ’ and residents of the ‘DNR’ (the so-called Donetsk and Lugansk Republics) are Russians, which is why it is important to send them back to Russia.

And the military, of course, are “heroes”.

Meanwhile, some parents and teachers have decided to complement the Ministry of Education’s ideas with their own version of patriotic education.

On September 1, when schools in the Russian Federation started the new academic year, many photos appeared on social networks, but also in local newspapers, showing propaganda for war in the education system in Russia. 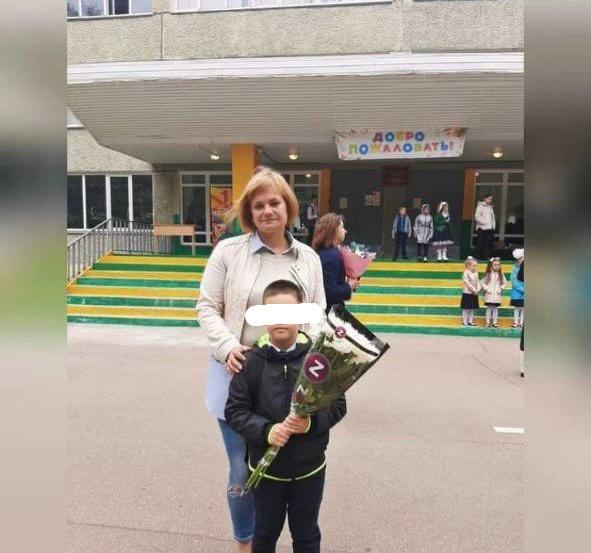 For example, this woman from a city in the Russian Federation posted a picture on her Facebook profile of her son holding a bouquet of flowers with several letters “Z” painted on it, one of the main symbols used by Russian propaganda to mark the invasion. of Ukraine.

This photo was taken with the school in the background and there is no comment to explain why the bouquet has the letter “Z”.

And in this photo taken during the September 1st square at a school in Rostov, Russia, some students can be seen in military uniforms. The photo was published on a local news site under the headline “This is how patriotic education began at this institution”.

Meanwhile, one of the largest Russian propaganda TV stations, “Pervy Canal”, broadcast a report on the opening of a renovated school in the Russian-occupied city of Mariupol.

The material shows a Russian official giving an interview in a T-shirt with the letter “Z”, and the images show how the flag of the Russian Federation is raised in front of the school several times.

The statement stated that from this school year the entire educational process will be conducted only in Russian and according to the curriculum approved by Moscow.

See also  Ukrainians remove Olga "Korza" Kachura, one of the founders of separatist militias in Donbass / she was a colonel in DPR

And in a statement by campaigners from the “Barvey Canal”, the school was said to have been repaired in record time after being “destroyed by nationalists”. 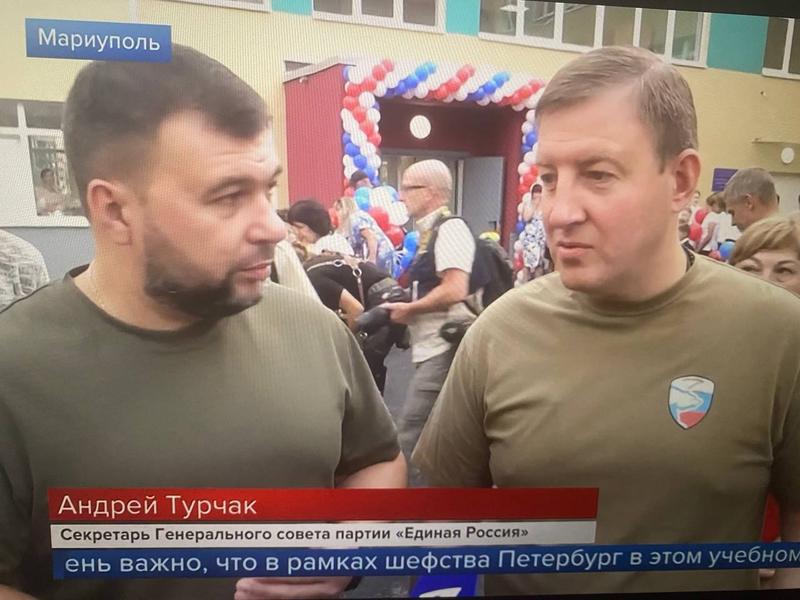 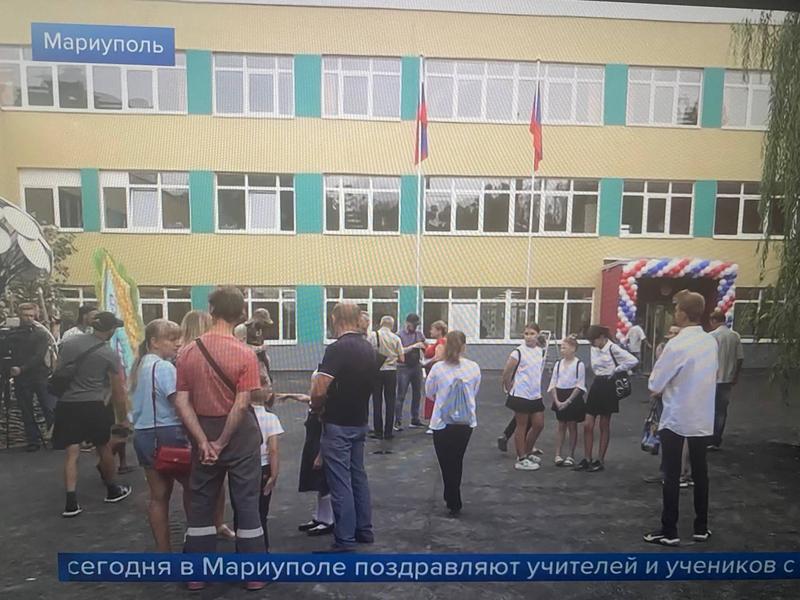 We remind you that at the beginning of March in the Russian Federation, amendments to the Criminal Code were approved, according to which “insulting the Russian army” is punishable by up to 15 years in prison. So, as the Kremlin insists, anyone who calls the events in Ukraine a war and not a “special operation” risks going to jail.