Ukraine on Thursday gave the impression that it was preparing to attack a Russian-built bridge over the Kerch Strait, also known as the “Putin Bridge” connecting Russia and Crimea. Ukrainian military intelligence has released a 300-page document detailing the construction of the bridge, citing official Russian sources. 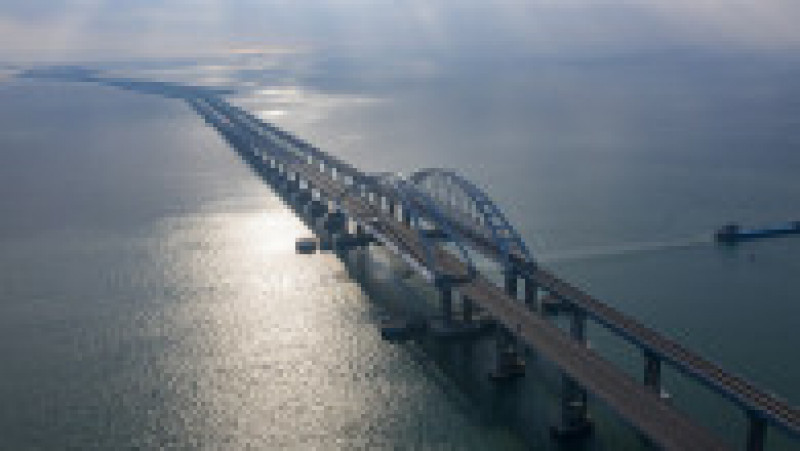 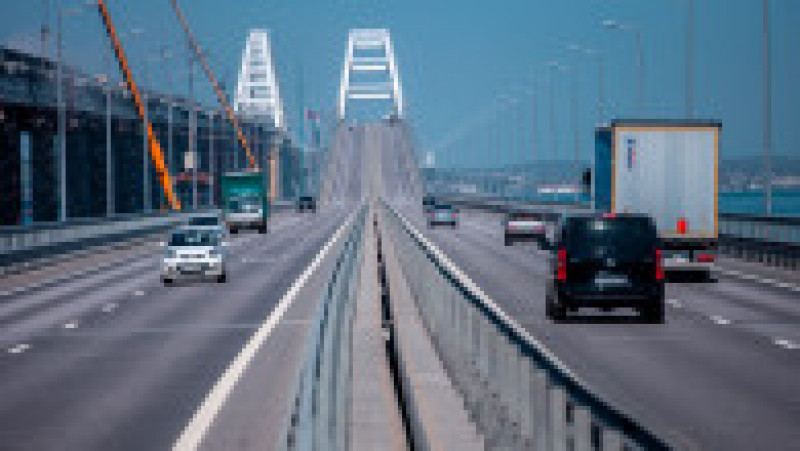 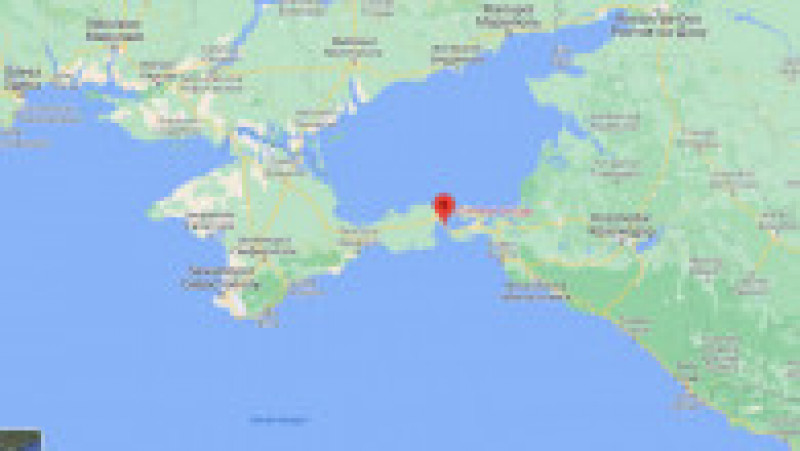 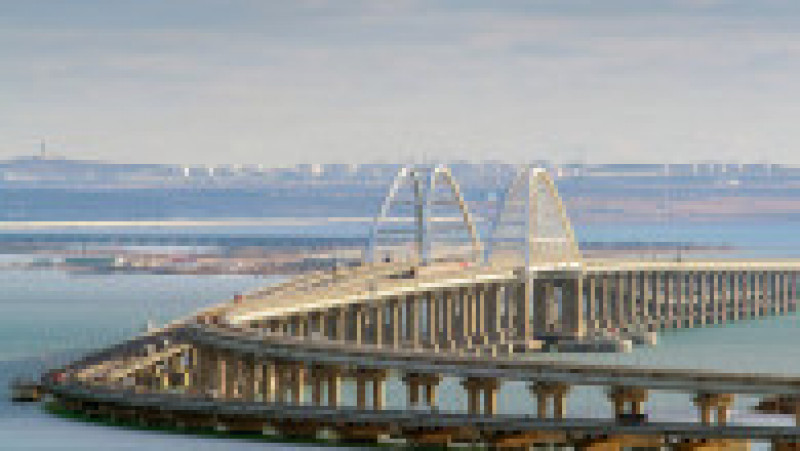 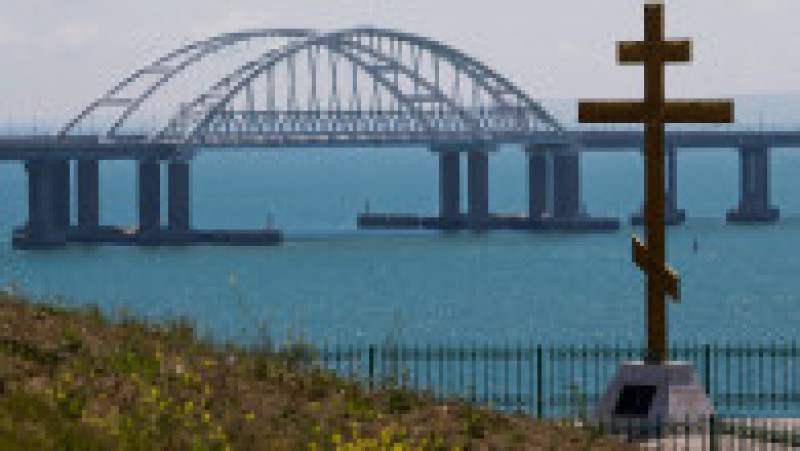 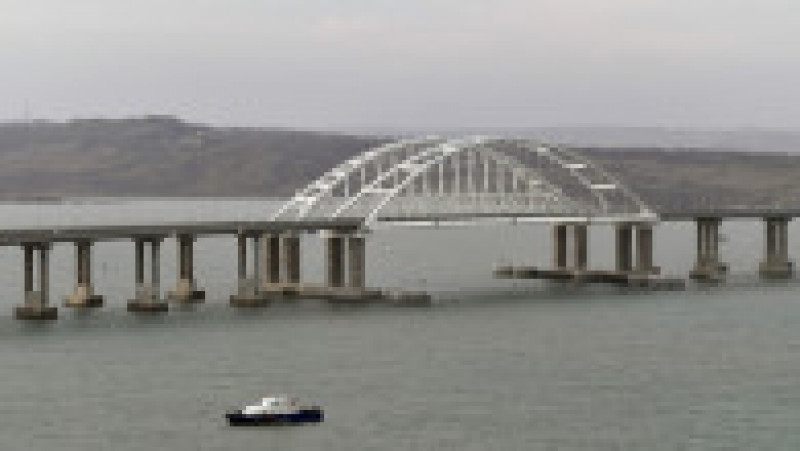 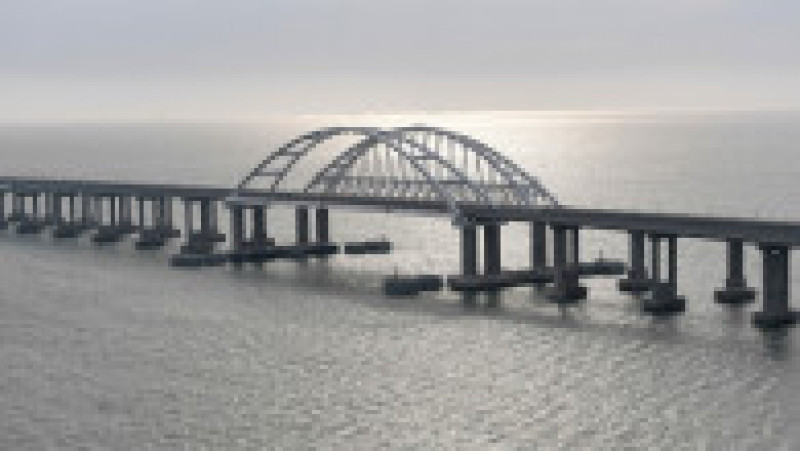 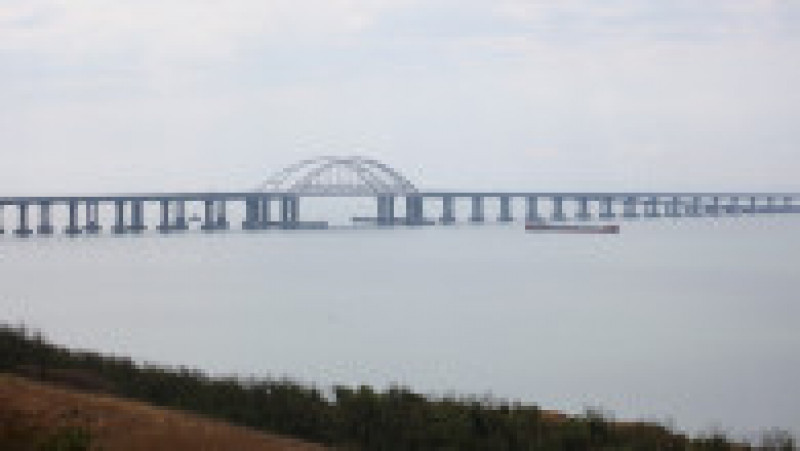 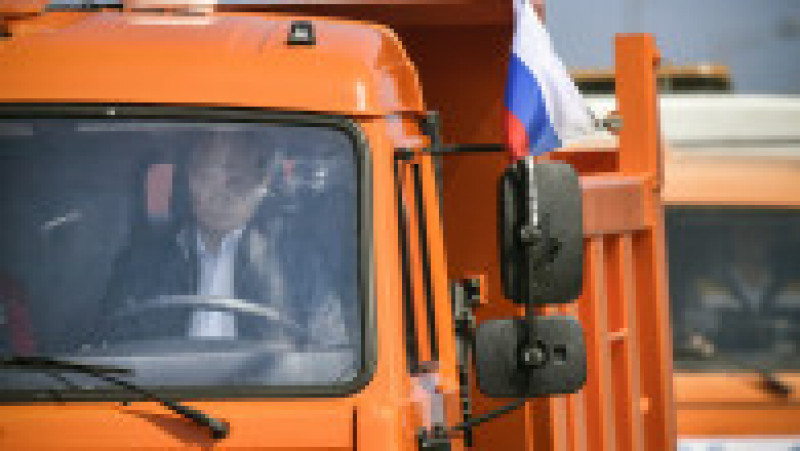 Vladimir Putin personally opens the Crimean bridge on the wheel of a truck in 2018 Photo: Profimedia Images 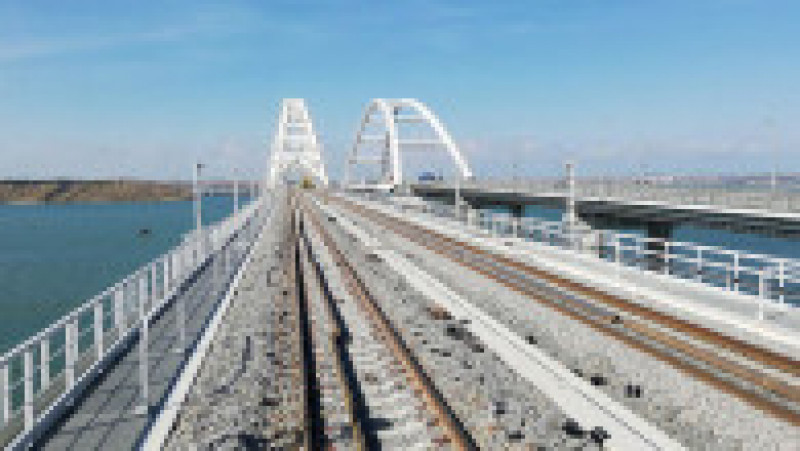 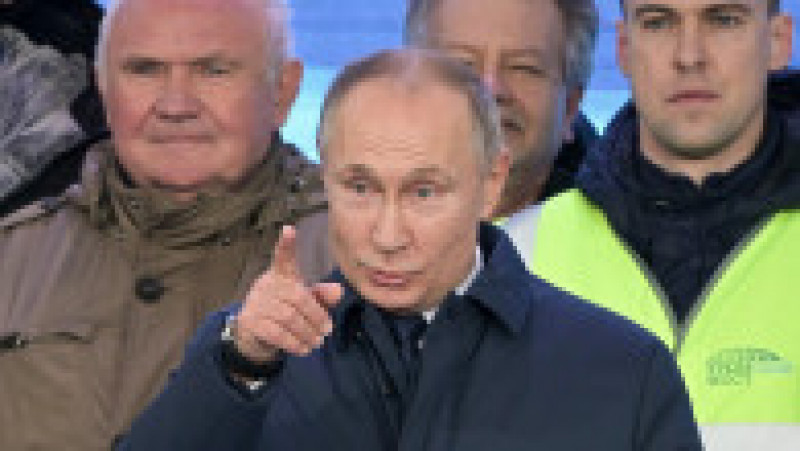 Vladimir Putin at the opening of the Crimean bridge train in 2019 Photo: Profimedia Images 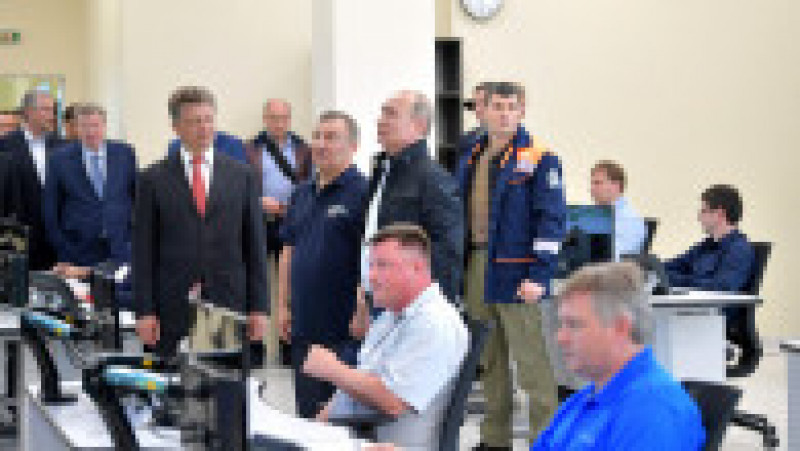 Arkady Rottenberg, to the right of Vladimir Putin, opened the bridge to the Crimea. Photo: Wikipedia 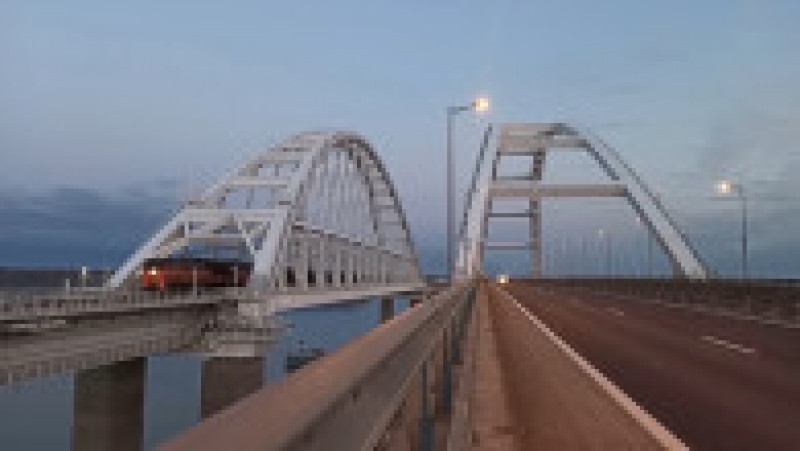 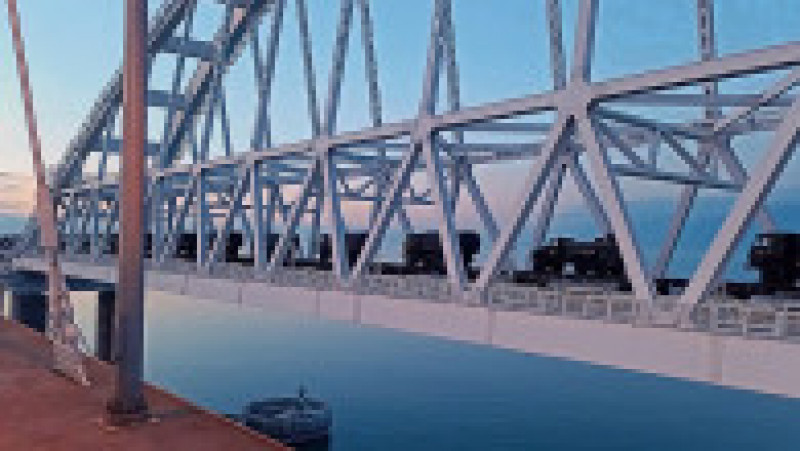 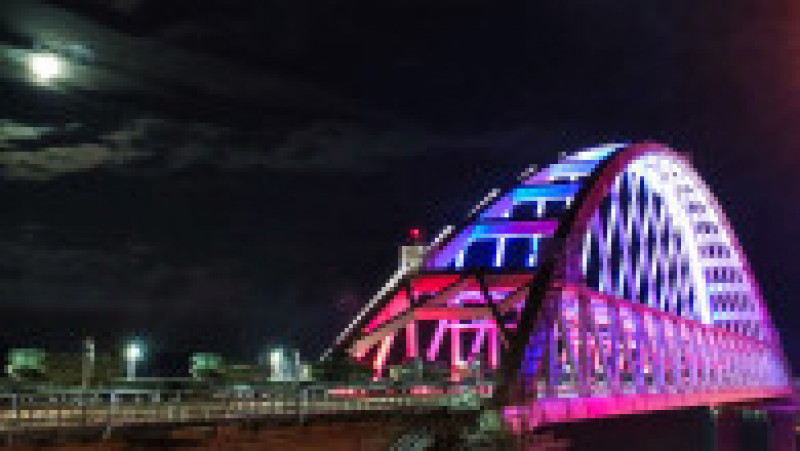 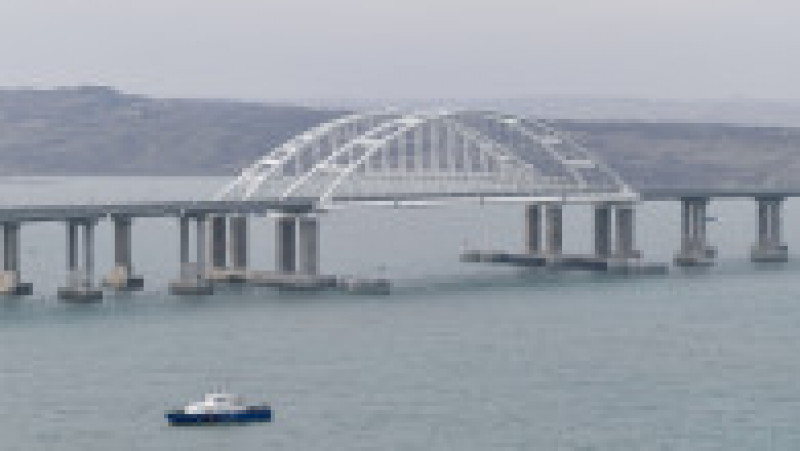 The bombing of the Crimean bridge is a personal insult to Vladimir Putin Photo: Profimedia Images 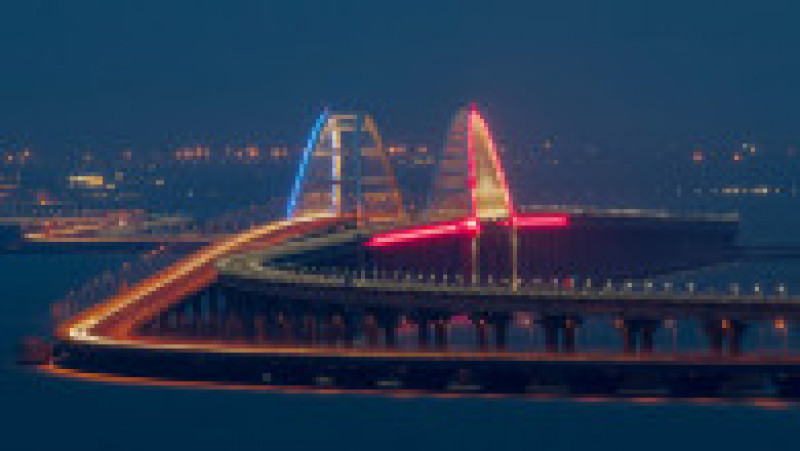 The Crimea Bridge is considered to be the most expensive in the world Photo: Profimedia Images The Crimean bridge was built two years after Putin’s order, following the annexation of the Crimean Peninsula Photo: Profimedia Images 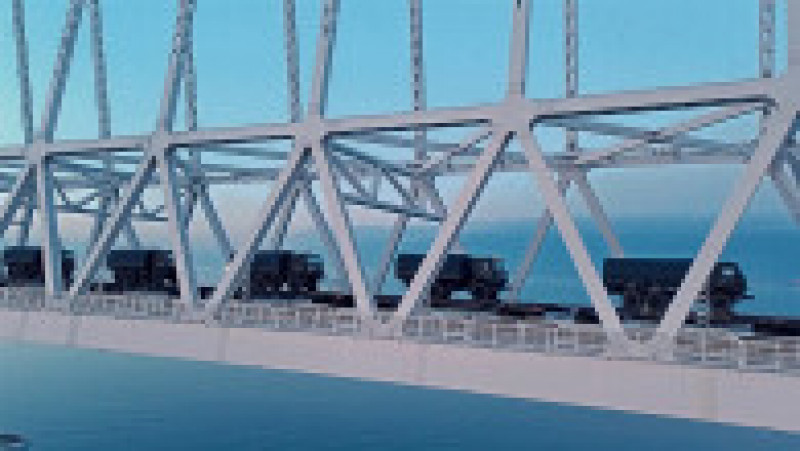 The authenticity of the document could not be established, but it was released a day after Kiev declared that the bridge would be “the number one target” if Ukraine acquires the necessary weapons. He said the Moscow bridge would be used to transport goods to Crimea and southern Ukraine, dpa news agency Agerpres reported.

In turn, Moscow has threatened to bomb Kiev if the building is attacked.

Kremlin spokesman Dmitry Peskov said that all precautionary measures have been taken to ensure the security of the Crimea. Is aware of Kiev’s recent threats to target the Kremlin bridge, Peskov added.

This is not the first time that the Ukrainians have suggested that they would not think about demolishing the Crimean bridge if they had the weapons they needed.

Why is the destruction of the Crimean bridge important to the Ukrainians?

The “Putin Bridge” is 19 kilometers long – that is The longest in Europe – and the only railway system between Russia and Crimea (except for the road), the Ukrainian province which was illegally annexed by the Russian government in 2014. Built in just two years. Opening Ceremony In 2018, even with great pomp by the Russian president, he passed the building on the wheel of a truck. At the time, Vladimir Putin declared it an “exceptional, festive, historic day.” The following year, 2019, he also opened the railway section of the bridge.

Today, the Crimean Bridge is an important crossing point for Russian military equipment, allowing it to cross the Kerch Strait in less than half an hour.

If the Ukrainian forces succeed in attacking this construction, the benefits will be doubled. First of all, he will have an amazing identity win – even more amazing than that The primary “Moscow” sank – By severing ties between the annexed province and Russia. Crimea will be isolated from Russia, which can only be reached by sea or in southern Ukraine.

Also, this bridge is also known as the “Putin Bridge” because the Russian president insisted that the bridge should be built quickly and was personally involved after the annexation of Crimea. According to the Russian head of state, the bombing of the bridge would be a personal insult.

But the goal of the Ukrainian military is also strategic. The bridge was an important transit point for military equipment such as the Boston-B missiles used by the Russians They scored Odessa Airport Runway. In addition, the Ukrainian government has accused Russian troops of smuggling wheat into Crimea. Agricultural machinery was stolen From the areas occupied by Melitopol and Kherson.

The Crimean Bridge crosses the Kerch Strait, which separates the Azov Sea and the Black Sea. It connects the Daman Peninsula in southern Russia with the Kerch Peninsula in Crimea. The bridge over Tusla Island is 35 meters high at its central arch.

Launched in February 2016, the large construction site was handed over by the Russian government to President Vladimir Putin’s judo partner, billionaire Arkady Rottenberg.

The Russian press wrote that the Crimean bridge The most expensive bridge in the world. According to official figures, the total cost of construction was initially estimated at about 227.922 billion rubles (approximately 227.922 billion rubles). $ 3.7 billion) But, from the beginning to the end of this work, this amount continues to increase.

At one point, when the bridge was nearing completion, Putin visited the site and pointed out that the last Russian Tsar, Nicholas II, was planning to build a bridge connecting the Crimean peninsula with Russia. “But World War I did not give him a chance.”, He recalled. In World War II, Adolf Hitler had the same ambition, but the bombings stopped. “It simply came to our notice then. That’s the big thing. “Told the workers. “It simply came to our notice then. Bridge This is not only a unique construction for our country, I think it has no partner in the world.Putin added.

See also  Covid-19 cases have been reported in China